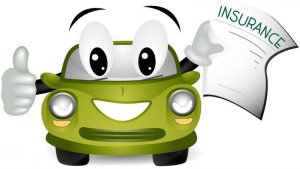 Where getting a good car insurance rate is concerned, gender plays a significant role. While some think the practice is discriminatory, there are good reasons why men tend to pay more for auto insurance in Carlisle, PA. Read on to learn how gender can affect auto insurance rates.

Gender is an important consideration for an auto insurer, but many don’t know why it’s such a vital factor. Women typically drive less than men, and accident statistics reflect that males take more risks behind the wheel than females do. Insurance companies price policies partly by predicting risk, which means the discrepancy actually makes sense.

Women aren’t as likely as men to be involved in auto accidents, according to data from the National Association of Insurance Commissioners. Therefore, insurers aren’t as likely to pay claims on behalf of female customers. Men are 10% less likely to wear a seat belt, which means they’re at higher risk of serious and expensive injuries. Driving records are a primary pricing factor, and a clean record can translate into a lower rate regardless of gender.

Speeding Citations and DUIs by Gender

Speeding tickets are indicative of risky behavior and a higher risk of accidents, and having several can increase a driver’s premium. NHTSA has reported that speeding is a factor in 24% of fatal accidents caused by men, as compared to 15% of accidents caused by women. Impaired driving can have a significant effect on the rate paid for auto insurance in Carlisle, PA. DUI arrests are almost five times more common in men than in women, and a driver’s yearly premium can increase by $3000 or more after a conviction.

As most know, the kind of car a person drives affects their insurance rate. Men are more likely to choose a costly-to-insure model. Insurance companies consider cars’ safety ratings and claims histories, and the safer a car is, the less it will cost to insure.

For men, all this information means is that a female in a similar situation will usually pay less for auto insurance.